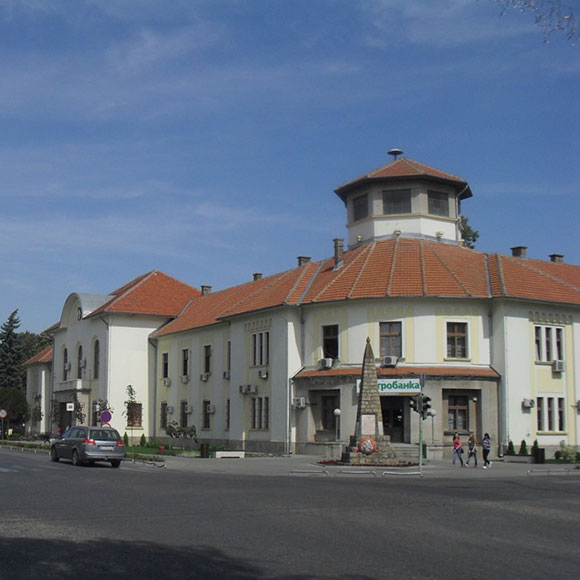 The Municipality of Bogatic, according to its characteristics, is unique entity with the plain of Macva. It stretches between the Drina and Sava, in the north-western part of the plain.

By the erosive action of the river, a parcel of land in the alluvial valley of the Drina was transferred to the left bank. It belongs to the municipality of Bijeljina (Serbian Republic), and thus the Drina can not be absolutely considered the western border of the municipality. At the area of 384 square miles there are 14 settlements: Bogatic; rural small towns and villages: Badovinci, Glusci, Dublje, Klenje, Crna Bara; primarily rural types of settlements: Banovo Polje, Belotic, Glogovac, Metkovic, Ocage, Salas Crnobarski, Sovljak, Uzvece.

According to the 2002 census, the territory of the Municipality of Bogatic has the population of 32990 inhabitants. According to data from 2007, the total number of employees is 3364. Most of the population is engaged in agriculture. The population is originally from Montenegro, Herzegovina, Eastern Bosnia and other areas. The ethnic composition is extremely Serbian (98%), and the gender structure is relatively equal. Unfortunately, the reproductive power of the population weakens increasingly. This is indicated by an increase in the older population and population decline below 40 years of age.

The position of the villages in the traffic and geographic terms is very favourable. They are connected by a network of roads 218 km long, of which 163 km are modern roads. Bridges provide connection with the surrounding areas, too, like the bridge on the Sava near Sremska Mitrovica and Sabac, and on the Drina, called “Pavlovica cuprija”. They connect the Municipality, and the whole of Macva, with Srem, Serbian Republic, and further. According to the Republican Bureau of Statistics (2007), the municipality has 8622 telephone subscribers.

As for the companies, the most important is the Milling Industry “Lala Stankovic”, which is privatized, as well as PVC profile factory – “Plastic”. The state enterprise “Ogled” was privatized by selling out of bankruptcy, as well as the Trading Company “Macva”, while the contract of the auction sale of the factory of agricultural machinery and equipment “First of May” was cancelled.

The river bed and a coastal part of the Drina is one of the best gravel and sand mines today. The exploitation of gravel and sand is performed by several companies in Badovinci, Salas Crnobarski and in Crna Bara. The exploitation of this natural wealth mainly causes damage to the Municipality of Bogatic. Due to unplanned exploitation, the river changed its course thus endangering fertile land on the right bank, and the large trucks carrying gravel and sand destroy roads. Due to lack of funds, the construction of embankments is not completed, and because of that, at the time of high water level, villages and fields are threatened.

Inexhaustible reserves of geothermal water were discovered in the area of the Municipality of Bogatic in the early nineties. At a depth of 450 meters the water temperature of 75 degrees Celsius was found, but is not yet used despite the wide possibilities of applying (in the agriculture, heating, tourism development …).

The sewage network in the length of 17 kilometres and two relay pumping stations are constructed in the area of the municipality and they will begin to operate once the main pumping station is built, which was expected in 2009. Watering network is constructed only in the municipal centre. Water supply and other municipal services have been entrusted to the Public Utility Company “Bogatic”. According to all analyses, the water that the inhabitants use for drinking is of excellent quality, among the best in Serbia.

The inhabitants of all the settlements are covered by primary health care. Health centre in Bogatic was founded in 1953. The residents of the municipality of Bogatic receive all the necessary health services, including emergency services. Since 2009, the Municipal Assembly of Bogatic received the ownership rights to this health department from the Republic. Social protection is implemented through the activities of the Centre for Social Work.

Elementary schools are present in six villages, as well as separate classes in other villages, and there is a high school in Bogatic called “Macvanska srednja skola”. Primary and secondary education includes about a total number of 3 500 students. Pre-school institution “Slava Kovic” in Bogatic organizes kindergarten, and this institution includes all future primary school pupils in all 14 cities in the pre-school educational programme.

Cultural life in the Municipality of Bogatic is extremely rich, thanks to several decades of organized work. The Cultural and Educational Centre in Bogatic, as the only institution of its kind in the area, is engaged in the cultural activities in the municipality. It consists of the National Library, which has over 35,000 books, the theatre “Janko Veselinovic”, Cultural centre and Ethno-park. The theatre, founded in 1950, has particularly high achievements, as well as the Folklore Ensemble “Djido” which gathers about 200 members of all ages, traditional singing groups, vocal soloists, orchestra and folk ensemble. Notable results were achieved by the first folk ensemble that won numerous awards at international festivals.

Ethno-park in the village Sovljak has many objects of folk architecture, the significant collection of old subjects and various ethnographic material, and a permanent exhibition gallery of the painters of Macva. Painters from Macva are among the most important names of Serbian art (Milic of Macva, Dragan Martinovic, Mikan Anicic, Dragan Djuricic). The art colony “Sovljak” has been organized since 1998.

There are two major cultural and tourist events organized during the summer in the Municipality of Bogatic. These are” Izazanjac”, dedicated to the completion of harvest and “Hajducke veceri”. The traditional event “Hajducke veceri” is held since 1966 in the Crna Bara on the Drina. The most interesting part of this manifestation is the bachelor duel for the title of “harambasa”.

There are 20 football teams in the municipality competing from the local to the Macva District League. There is a women’s football club in Dublje, which plays in the second league. Also, in every populated area, there are arranged football fields with stands, while only Banovo Polje has a modern sports hall. In addition to football, other individual and collective sports are developed. Bogatic and Macva are also well known for breeders of good racehorses. Equestrian sport was once very popular. Until the land with the racetrack was taken from the Riding Club “Hajduk Stanko” from Bogatic, there were many annually organized horse races with the participation of elite animals from around the country. Nowadays, the horse races are organized once a year, at Christmas, and between two and three thousand spectators are watching them.