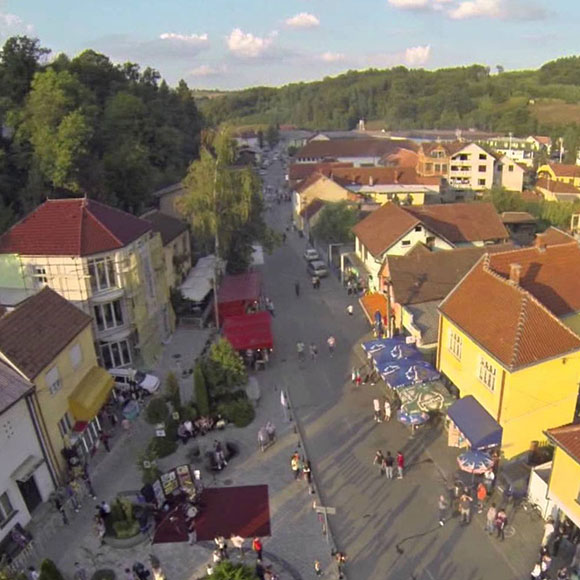 Municipality of Osecina is a natural geographic unit consisting of 20 settlements, of which the small town of Pec Osecina and urban settlements.

Osecina The municipality is located in western Serbia and belongs to the Kolubara region. It stretches along the left and right sides of the main road Valjevo – Loznica and railway (under construction) on the same route, left and right from the shores of the upper and middle course of Sails, to the foothills, the hills and the surrounding summits (Cer, Medvednik, Sokolske) . According to the 2002 census, Osecina has 15 135 inhabitants, of which 3852 urban population and the rural population is 11283. From the North Osecina borders the municipality of Koceljeva, to the east with the Municipality of Valjevo, the southern part of the municipality disregarded and to the west by the municipalities Krupanj and Loznica.