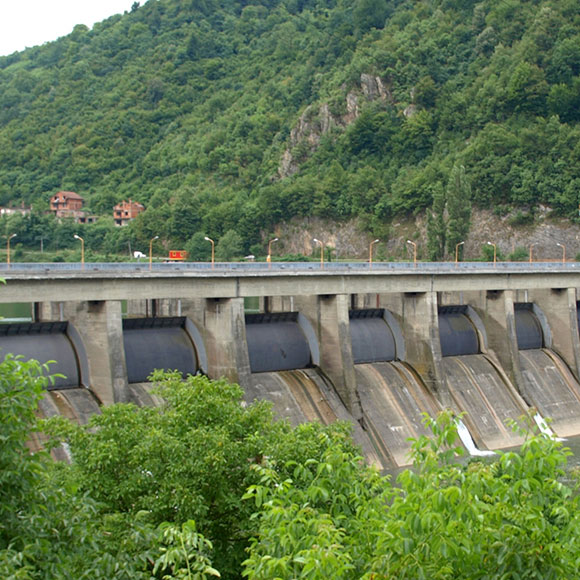 There is an interstate border crossing with the Serbian Republic on the western border, which is located in Mali Zvornik, and Zvornik is on the opposite bank of the river.

The municipality covers an area of 184 km², and it is the smallest municipality in the District of Macva (to which it administratively belongs) and it is also one of the smallest municipalities in Serbia. The total number of inhabitants according to the 2002 census was 14,076, with a total number of 4,684 households. The average size of settlements is 15.3 km². There are 76.5 inhabitants per square kilometre, which is significantly below the average for the Republic of Serbia. There are 10 cadastral municipalities in the area of the Municipality, 11 registered local communities and four local offices. The Municipality of Mali Zvornik has a favourable geographical position. It stretches along the main road Beograd – Bajina Basta, which is the main communication route in Western Serbia.

Over Uzice this junction is connected to the Adriatic highway. By this main road, the municipality is connected with all major urban centres in the Republic: with Loznica, which is located 26 km away, Ljubovija, which is 43 km away, while Sabac, which is the administrative centre and also the largest city in the District of Macva, is 81 km away. The distance between Mali Zvornik and Belgrade is 170 kilometres.

By the new bridge and border crossings with the Serbian Republic, Mali Zvornik is connected to the main road Zvornik-Tuzla-Sarajevo, as well as the road Bijeljina-Loznica-Bajina Basta-Uzice. The connection to these important highways is a great advantage for the development of this municipality, which is one of the smallest and least developed municipalities in Serbia.

The railway line from Sabac ends in the town of Mali Zvornik with its one branch, while the second branch line goes off to the Serbian Republic. This is a significant advantage, especially for freight transport. Since 2004, freight transport goes from Mali Zvornik, and it is mainly stone transport.